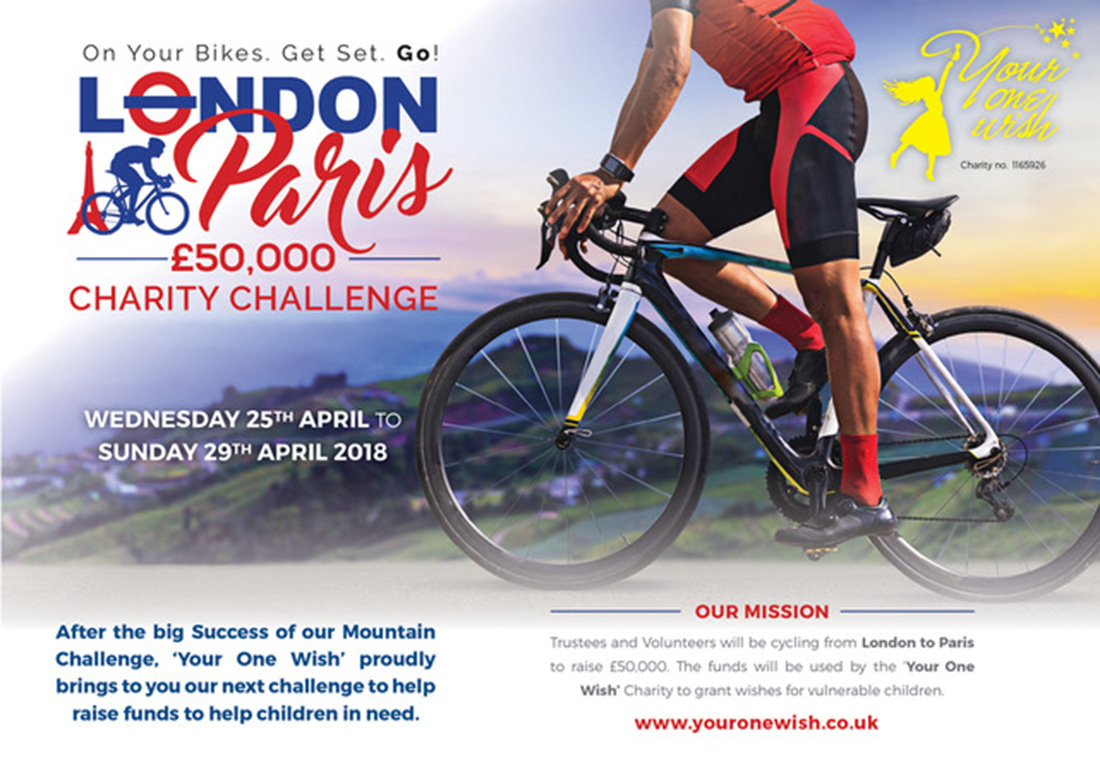 In 2018, our Trustees along with some volunteers signed up for our next big challenge, cycling 240 miles from London to Paris in just 4 days! With the challenged booked at the end of 2017, our group of 13 amateur cyclists had just 4 months to train and prepare their minds and bodies for a 60 mile a day cycle ride.

With all the training a success, it was time to begin a 60 mile a day cycle ride to Paris.

Day 1 began in Ashford where the group cycled approximately 30 miles to Dover. They got the ferry to Calais where they then continued cycling for another 30 miles to Boulogne. From Boulogne, day 2 saw the group cycle an approximate 60 miles to Abbeville. Another 60 mile cycle ride saw the group go from Abbeville to Beauvais on day 3. Finally, day 4, the amazing group of Your One Wish fundraisers, travelled a final 60 miles from Beauvais to Paris!

With plenty of blood, sweat and tears along the way, the challenge was complete. The sense of achievement and happiness from the group outweighed any of the negatives and everyone was immensely proud at what they had done for the charity. This challenge has raised £40,000 and we are delighted to have hit another target!